Part 1: What are Earth Rays?

Part 2: What is the Curry Grid?

Part 3: What is the Hartmann grid?

Part 4: What is the Benker grid?

Part 6: How earth radiation impacts us?

In the past, farmers sent their pigs onto the land on which they were planning to build a home. The place they chose to settle needed to be a good place. Like horses and dogs, pigs are radiation avoiders. They seek out harmonic places. Their behavior assured farmers that they could build without worrying about harmful influences.

Which animals are radiation seekers?

Just as the sunlight is vital for us, there are animals for whom geopathic stress is essential and highly desirable. If you have a cat whose favorite place to sleep is your bed then you can assume that your sleeping place lacks harmony. This is because cats are radiation seekers and love geopathic stress. Other radiation seekers include: bees, wasps, rabbit, hornets, owls, snakes, mosquitoes, ants, moles, turtles, beavers, and most other insects.

What plants are radiation seekers? 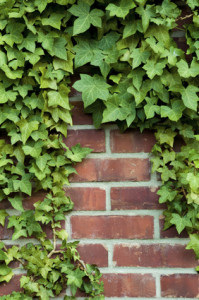 Ivy is one of the organisms that seek out stress points. If it grows luxuriantly, it is a sure indication of radiation exposure.

Like animals, trees and plants also either seek out or avoid radiation. But a gardener can also pinpoint geopathic stress by noticing if there are certain plants or trees that fail to grow or die off.

Which animals are avoiders?

Which trees are avoiders?

Which shrubs and bushes are avoiders?

Which flowers and herbs are avoiders?

Most people are radiation avoiders

Saying that, there are people who have lived under a high voltage line all their lives and have never been sick. Accordingly, we suspect that some people may be radiation seekers.