This is finally a breakthrough for all EHS sufferers!

The very popular BBC show “Holby City” is a hospital based TV Show, watched by over 4 million people every episode. On series 18 episode 43 “Back in the Ring”, which aired on the 2nd August 2016 at 8pm on BBC One, the problem of the allergic reaction to electric fields (commonly know as EHS) was one of the central topics of the story.

A heroic doctor, Bernie Wolfe, takes on the establishment to prove that EHS is real and that it is a very real problem. They test the patient for all neurological problems but cannot find anything. They put all of his symptoms off as panic attacks. To finalise the diagnosis they call the head of neurosurgery, they discuss the state of the patient and where he feels best and where he feels his worst. He explains that in his car he feels fine but as soon as he steps out of it and does his daily job (he installs WiFi for retirees) he feels ill and unable to fulfil his duty. The neurologist orders a MRI and says that if it comes back negative that the patient is for the “Psychs”. 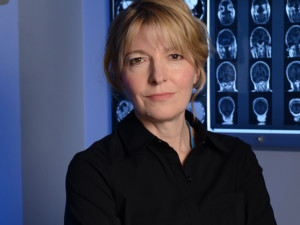 When the patient goes for an MRI he convulses and vomits, which confirms the suspicion of the doctor that it is indeed EHS. They disconnect the WiFi from one of the patient rooms and move the patient into it. The symptoms dissipate promptly and the patient recovers.

Of course they did not offer any solutions other than novel ones like “you could live in a barn away from WiFi” but readers of this blog will already know that Swiss Harmony can offer so much more.

Unfortunately, we come across these sort of results and stories all the time. Swiss Harmony has already helped a lot of people with very similar stories.

This is a huge step forward for EHS, as it has made the public aware that it is a growing problem and that an entity as big as the BBC have acknowledged it to be worthy to include in an episode of one of its popular shows, Holby City, and on prime time television.

“Swiss Harmony” products for the harmonization of apartments and houses ensures that the electricity that serves a home contains a different information. Via the law of resonance, it transmits the information of the visible light spectrum onto the electricity that flows past it. This electricity will in turn flow through the entire home and distribute this harmonious information into every last crevice of the building. Any WiFi or cordless phones you have in your home will become a beacon of harmony because they are supplied with the harmonious electricity.

The Law of Resonance states that in a resonance field any frequencies that do not conform to the field cannot form a resonance and so cannot exist in it. In other words, in a harmonic resonance field any artificial frequencies cannot have an effect. It does not matter from where they originate. The mobile products by Swiss Harmony (BioRing, BodyCard, BioBracelet, and the BioPatch) harmonize the human body by transmitting the harmonic resonance field information on the the energy system in the body. This way the body stays free from the negative effects of artificial frequencies.

The effect of our CarTuner has been proven by an emissions Specialist "Emissions Analytics Ltd."

We create and develop products and services for the reduction or neutralization of Environmental pollutants.

Harmony is not just the result of our products but also the core element of our interaction with clients, suppliers, and co-workers.

Unless otherwise stated, our consultations are free of charge, informative, and strictly obligation free.

The installation by Swiss Harmony is quick, easy, and effective immediately.