Part 1: What is Electrosmog?

Part 2: Why is electrosmog Harmful?

Part 3: How can I avoid electrosmog?

Part 2: Why is electrosmog harmful?

In 2011, the World Health Organization (WHO) and the International Agency for Research on Cancer (IARC) classified electromagnetic fields as “possibly carcinogenic to humans (Group 2B), based on an increased risk for glioma, a malignant type of brain cancer, associated with wireless phone use” (WHO/IARC Press Release 208, May 31, 2011). While they didn’t classify it as a “known carcinogen,” it’s important to remember that such classification often takes decades—or longer.

Research showed a correlation between asbestos inhalation and cancer a century ago, yet it wasn’t classified as a carcinogen until 1980. Additionally, while its production was banned in the U.S., it continues to be imported (Davis, 2007, 310, 460).

Similarly, though a correlation between lung cancer, emphysema, and tobacco usage had been observed back in the 1960s and the government began to label cigarette packs with health warnings in 1966, “the link between smoking and diseases

Any one that intensively researches the topic will come across two main explanations for the harmfulness of electrosmog: 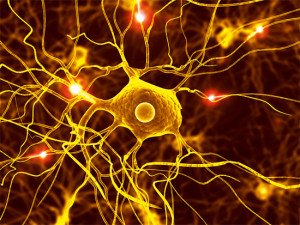 Intercellular communication is achieved with a quadrillion electrical pulses per second.

The strength of our body current is described as being four Pico Amps. In contrast, the current surging through mobile/cellular and cordless phones is 0.2 Amps. This is fifty billion times stronger. If you take into account that the human body performs one quadrillion electrical connections every second, it becomes clear how much can go wrong.

One of the ways in which EMFs affect our bodies is by altering the production of hormones essential to our immune system function, circadian rhythms, and overall health. Studies have shown that electrosmog in bedrooms causes a decrease in melatonin, one of these essential hormones. In some cases data show more than a 50% decrease in normal melatonin levels (Bioinitiative report 2012). 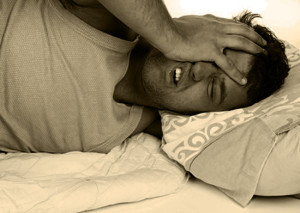 Nocturnal melatonin production can be reduced to 40% of normal levels by electrosmog, making deep sleep impossible.

Melatonin, which the pineal gland produces only at night, is responsible for complete relaxation and sleep, strengthens the immune system, and protects us from the cell-damaging effects of free radicals. In order for us to achieve deep sleep, our brain frequency needs to be 4-8 Hz, yet electromagnetic frequencies consistently interfere with this.

Research has also shown that consistently low melatonin levels increase the likelihood of cancer and can cause existing tumors to develop at an increased rate. As Wilson and Anderson write in “ELF Electromagnetic Field Effects on the Pineal Gland,”

“Pineal Function might be linked to the etiology of cancer in at least three fundamental ways:

First, melatonin itself is oncostatic and appears to be a humoral factor that inhibits the proliferation of certain cancer cells.

Second, melatonin enhances certain facets of the immune response, again possibly helping to protect against the development of cancers.

Third, melatonin functions as an inhibitor of the hypothalamic-pituitary-gonadal axis. As such, it may reduce the availability of hormones that are required for the growth of certain hormone-dependent breast, ovarian, and prostate cancers.” (Wilson and Anderson, 1990, 167-168)

Russel J. Reiter and Jo Robinson’s book, Melatonin, is also an invaluable source of information. In it, the authors document the correlation between electrosmog and reduced melatonin production.

Very few people feel the presence of electrosmog. It is invisible and its effects subtle. But now there are more and more sufferers, which react to high-frequency radiation, primarily, with physical pains. In almost all cases, the sensitivity begins with a dull feeling in the head, dizziness and lack of concentration.

Is electrosmog affecting you? 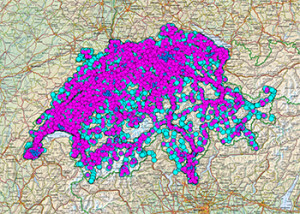 Many people don’t make the connection between the physical and mental symptoms of exposure to electrosmog and the source itself. This is not only because it’s invisible but because it is a constant in our lives.

If you take the time to be aware of how you feel in different environments, however, you may see a correlation between how much you’re exposed and how you feel. Take the time, for example, to see how you feel over a period of time in a big city (high levels of exposure) versus how you feel in the country away from cell towers, Wi-Fi, high tension lines, and other sources of electrosmog.

These days more and more people suffer from the effects of high intensity radiation. In almost all cases, sensitivity begins with a dull feeling in the head, dizziness, and lack of concentration. Sensitivity may also manifest as physical pain.

While you can’t see electrosmog there are meters, which you can use to measure levels of radiation in homes, workplaces, and other areas. There are also some simple things you can take into account when considering how much you’re exposed. For example, do I live or work near a cell phone tower, power station, or high voltage lines? What devices do I have in my house? Do I have Wi-Fi, cordless phones, baby monitors, etc.? Do I use a microwave oven?

Unfortunately, these days low-frequency electrosmog is built into all buildings. Additionally, high-frequency electrosmog exists not only in most apartments and houses, but also in nature. In fact, the ever-increasing number of cell phone towers and equipment used for transmission means that it exists almost everywhere.

In the United Kingdom you can find more information on the location of mobile phone towers in your vicinity by visiting: the Ofcom website.

What types of electrosmog are particularly harmful? 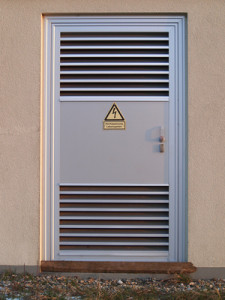 Electrosmog source: transformer station. It is highly carcinogenic, especially for children if their sleeping place is in close proximity.

High-frequency radiation fields created by cellular and cordless phones, cellular phone towers, Wi-Fi, and microwaves are the most damaging. But low frequency electrosmog can also be harmful when we are exposed to it consistently.

At what point does exposure to electrosmog become harmful?

The government has established maximum exposure limits, which they say, must not be exceeded.

These limits, however, are unrealistically high and, we suspect, sacrifice our safety in order to cater to corporate, industrial and political interests. The guidelines of Building Biologists, which are well below governmentally established limits, provide a more reasonable and realistic idea of how much exposure remains safe.

Next: Part 3: How can I avoid electrosmog?

Neutralises the effects of electrosmog: