Part 2: How pure is our drinking water?

Drinking water is vital for human beings. In fact, water accounts for 70% of the human body. During the day, we lose much of this water through excretions. Accordingly, we need to take in new fluids to replenish this loss every day. We cannot live without clean water. Thus, it is imperative that we ensure that the water we drink is free from contaminants, may they be on a physical or informational level.

Today, many different forms of home water treatment are available. This page lists some of the most effective treatments. This page also provides other interesting facts about drinking water as well as answers to the following questions:

Most water treatment methods have drawbacks, which we discuss below. Harmonization is an exception because it renders harmful information ineffective. It is both holistic and cost-effective. After harmonization, drinking water contains only harmonious information—nothing harmful to humans remains. No energy is added, no maintenance is required, and there are no costs for spare parts. The only downside of this method is that conventional science doesn’t acknowledge its effectiveness. It will probably take decades for conventional science to accept it even though the technology behind harmonization is based on fundamental and established laws governing the interaction of energy and information.

Liquid water is not only essential for the life processes of man, but also for most other forms of life on this planet. Although 71% of the Earth’s surface is covered with water, the majority isn’t potable because it’s saltwater. Freshwater accounts for a mere 3.5% of the Earth’s total water resources. Moreover, more than half of this 3.5% is trapped in the ice caps at the poles and cannot be accessed.

Drinking water shortages have been a common cause of migration and war throughout history. Even today, the availability of drinking water is not a certainty in many parts of the world. According to the United Nations’ recent World Water Development Report, about 900 million people currently live in areas without clean drinking water. The same report estimates that each year about 3.5 million people die because they lack access to an adequate supply of uncontaminated drinking water. 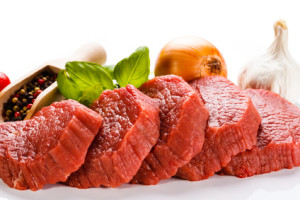 Although many people are unaware of this, the process of meat production is extremely water intensive. According to the same report, it takes up to 15,000 liters of water to produce a kilogram (2.2 lbs) of beef. If many (or all) of us reduced meat consumption or became vegetarians altogether, we would be taking a positive step towards preserving what remains of our precious clean water supply. In the western world drinking water is taken for granted.

It is usually provided by the municipal water department. Most water systems in the U.K. are chlorinated and many have added fluoride as well. Water quality, however, varies greatly from region to region and even within regions. Accordingly, we advise all consumers to install an additional water treatment device to ensure the best possible water quality.

Next: Part 2: How pure is our drinking water?